Groundwater contamination involves underwater lakes called aquifers, which are actually large sections of porous rock that store water. These aquifers are the source for wells and water pumps on private property and the source of water for entire communities. Depending on the level of contamination, environmental remediation specialists can biologically, chemically, or physically resolve the issue.

The Effects of Groundwater Pollution

Health issues can be numerous because of groundwater contamination. Illnesses and poisoning can result. Exposure to different chemicals can cause long-term effects, especially on small children who drink contaminated water. The bodies of children are much smaller and less efficient in filtering out the toxins and chemicals from the water they drink, which leads to much sicker children. Adults can also suffer from dysentery, hepatitis, and poisoning from chemicals. You may think chemical poisoning is all about awful food poisoning, but it is much worse.

When people are sick, they will call out of work. If they continually get sick, they may get fired. Once people realize that groundwater contamination is causing their illnesses, they will leave, taking their jobs, taxes, and income with them. Economies will crumble because of people leaving in droves to find healthier and safer locations to raise their families.

Contamination of groundwater will have a detrimental effect on the real estate in the area. The value of houses will drop, and people will desperately try to sell their houses. But, no one will be interested in moving into a house with contaminated water.

Effects of Groundwater Pollution on the Environment 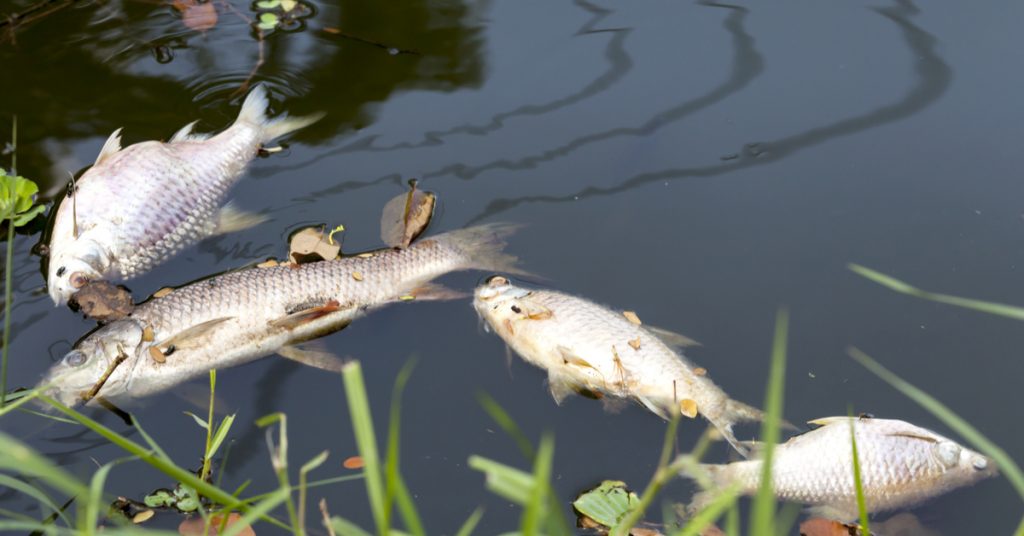 With undrinkable water, everyone will have to buy bottled or prepackaged water, adding more plastic to the pollution life cycle.

Improper nutrients, such as aluminum and manganese, will cause local plants to die and wither away. Even crops, which receive most of their water from groundwater, will be inedible because of the contaminants being absorbed through the roots.

There are two types of groundwater contamination:

This type of contamination is easier to notice because the causes are above ground and normally obvious. Hazardous waste runoff or debris leaking into groundwater sources are common. When hazardous waste is dumped or spilled incorrectly, the excess liquid is absorbed just as water would be into the aquifer. And, landfills are a common issue. Tons and tons of garbage piled over square miles are bound to create problems. Contaminants will leak from the garbage straight down into the soil, then the groundwater, and possibly pollute the area around the landfill as well. That is why plant life suffers near landfills. This is also caused by septic tanks bursting, and the use of herbicides and pesticides on the ground.

When contaminants are directly spilled onto the ground the air pollutants and diesel fumes are evaporated into the rain clouds and, then, indirectly rained down on the ground, causing indirect contamination that is harder to spot. Animal waste is something that should be naturally handled, but the waste created by large meat farms is more than the ground can effectively handle. Arsenic and radon are also both naturally occurring and indirect methods of water contamination. Because they are naturally occurring elements, it is hard to pinpoint or place blame on any one thing.

We specialize in groundwater investigation and remediation in urban sites and agricultural land.  We offer site-specific, cutting-edge technology, environmentally friendly and address regulatory requirements for each and every site.